Wind turbines contain many steel parts. This is because steel materials are rugged enough to withstand wind and weather – both on land and offshore, for 25 years and more. Also, steel materials are sufficiently energy-efficient to make wind power more and more economical.

This is where electrical steel and its special properties come to the fore. Magnetically soft steel consolidates and strengthens the magnetic flux inside the wind turbines’ generators. This way, the mechanical rotational energy can be converted into electricity without any major conversion loss.

The performance of wind turbines depends vitally on the special material properties of the steel employed.

“The performance of the generators, and with it the efficiency of the entire wind farm, depends vitally on these special material properties,” explains Marco Tietz, Non-Oriented Electrical Steel Application Technology, thyssenkrupp Steel Europe.

The steel producer is widely considered a technology pioneer in the area of electrical steel. The magnetic properties of this special steel have been further optimized to suit the requirements of Enercon – Germany’s leading producer of wind turbines – which is one of the main reasons behind the performance increases wind turbines have experienced over the last few years.

The cores of these generators need to be reliably magnetizable for many decades, while at the same time withstanding the elements, considerable temperature differences, as well as the mechanical stress caused by about 25 revolutions per minute.

In order to keep these stresses to a minimum, Enercon has dispensed with the use of high-maintenance, wear-prone gear units. Instead, the generators form a single unit together with the rotor hub.

The advantage of this approach is that there are fewer moving parts, which means the turbine will have a longer service life. As well as being more economical, this approach is also better for the environment. With no gear unit, there is also no need for environmentally harmful lubricants and controversial rare earths such as neodymium.

The foundry located in the north German town of Aurich is where Enercon manufactures the load-bearing parts for its turbines – rotor hubs, machine mounts, and blade adapters. Each of these is several meters in size and weighs several tons.

What’s notable here is that almost half of the materials used are steel scrap sourced from the company’s own generator factory. That’s 65 metric tons of scrap from electrical steel stamping per day, collected using a sophisticated recycling system developed by Enercon subsidiary STA Stanztechnologie Aurich.

This material is 100% recyclable – just like any other type of steel. However, there is a small difference: The steel produced for Enercon is a special alloy designed for higher conductivity and stamping suitability. Initially, this caused Enercon a few issues when it came to the casting stage.

“After one-and-a-half years of joint development, we have now optimized the mix of materials to a degree that our electrical steel can be recycled not only in our own steel works but also in Enercon’s on-site foundry,” says Marco Tietz.

The recyclability of steel reduces its CO2 footprint.

In addition to recycling, the assessments look into raw materials production as well as the materials’ processing, use, and lifecycle. The results are intended to facilitate ongoing improvements to energy efficiency and sustainability. It’s working: According to a study conducted by Boston Consulting, wind turbines with a large amount of steel components save up to six times the CO2 used during the components’ production.

Cost-efficient and environmentally friendly shipping of the materials is provided by Enercon’s own rail transport company, which means less traffic on the roads. “Together we’ve implemented a very successful logistics model,” says Thomas Sube from ThyssenKrupp Steel Europe. Sube is from the Sales Industry department, where he looks after electrical steel customers such as Enercon.

Every year, around 50,000 metric tons of electrical steel are used in the production of generators. In the past, a comparable amount of steel would have required approx. 2,200 truck shipments for transport. 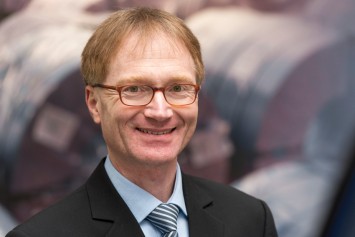 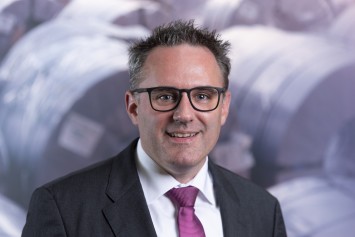 ...can increase the energy efficiency of energy-producing rotating machines because it has consistent magnetic and mechanical properties on all of its sides.

...is predominantly deployed in electric motors, transformers, and generators because these all require constant magnetic characteristics in all directions.

...has a low environmental impact thanks to its increased energy efficiency and recyclability.