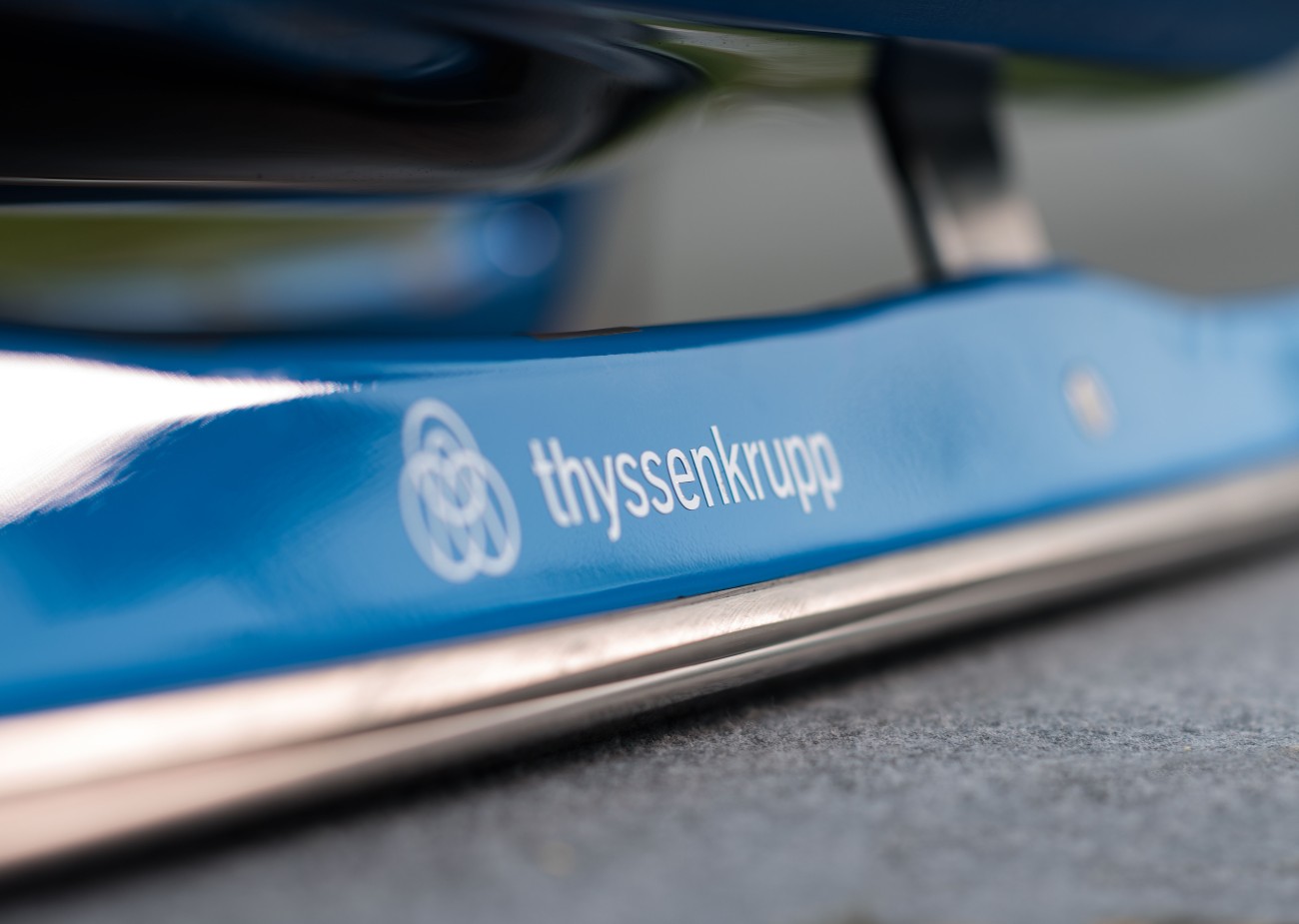 When lugers Eggert and Benecken race down ice-covered tracks, thyssenkrupp is right there with them – 80 percent of the materials used to make their luge were developed by various Business Areas of our Group.

Toni Eggert and Sascha Benecken’s luge speeds down the curves of the ice-covered track at 120 km/h, gliding on runners made from thyssenkrupp steel. The special grade of steel used to make these runners is kept strictly confidential – to keep competing lugers from following suit. After all, luge is an extremely technical sport, one in which a thousandth of a second can mean the difference between victory and defeat.
Eggert and Benecken have been competing as a pair for five years, and thyssenkrupp has been providing them with strong support since 2014. This support comes from across the Group – various business areas of this Essen, Germany-based industrial corporation are represented on Eggert and Benecken’s luge. The luge’s runners and racing pod were made by thyssenkrupp Presta Camshafts, and its new, extremely light and stable carbon fiber cladding (introduced this season) was developed by thyssenkrupp TechCenter Carbon Composites in Dresden, Germany.

In fact, nearly 80 percent of the materials used to make the luge came from thyssenkrupp. This cooperation has proven successful – last year, Eggert and Benecken won the luge World Cup riding on thyssenkrupp runners. Next on the agenda: winning gold at the 2018 Winter Olympics.

For lugers, getting off to a good start can be the decisive factor in winning a race. As part of the multi-step luge start, lugers pull themselves forward and perform so-called ‘paddles’ to accelerate onto the ice.

Dream team: Toni Eggert (back left) and Sascha Benecken have been competing together since the 2010–2011 season.

They steer the luge by flexing the runners with their calves or shifting their weight.