A heavy table top rests on two black columns made from steel sheet, encircled in the middle by fine silver bands. The result is an elegant titan. The desk possesses a calm akin to that of a dependable machine that is just about to start up.

“This is a Mauser barrel-style desk from the 1950’s,” says Dieter Wiesemann, standing in the showroom of Mauser Einrichtungssysteme, located in the city of Korbach in central Germany. He is very proud. “Connoisseurs will spend €10,000 for this piece.” The desk was developed by the company’s founder, Alfons Mauser, whose face has been immortalized in the bust featured in the neighboring room.

Apparently, back in his day, he simply took the steel drums his company developed, placed them next to one another, and laid a board on top – and voilà, he became a design icon. “That’s the legend, anyway,” says Wiesemann. Martin Metzing, who works in Sales at ThyssenKrupp Steel Europe in Duisburg, where he is responsible for the EU division, says “I would put that table in my office too.” He has clearly developed a taste for the style.

Dieter Wiesemann is Head of Sales at the Vauth-Sagel group of enterprises, which belongs to office and contract furniture manufacturer Mauser. The steel that Mauser uses to build its industrial cabinets and innovative storage systems, is purchased in Duisburg.

We gladly provide free of charge the images included in our media library for use within daily use in the press (including magazines published weekly or monthly). In any case, condition precedent for this is that when using them, you refer to our company as the source in the immediate vicinity of the image material used and in the customary manner (© thyssenkrupp Steel Europe). If a different author is indicated, this must be stated. You are only authorized to process images to the extent that this is technically mandatory for the specific publication (e.g. black/white instead of in color in a monochromatic daily newspaper) and/or to the extent you only change the size proportionally, without using only part of the image, or to stretch, compress or modify it in any other way or to deform it. Every other processing and use is only admissible after prior written approval (email to: [email protected]). We request to be provided with an author’s copy free of charge and promptly after the respective publication of print media, with films with a digital version in a customary playback format on a generally readable data carrier. Where the image material is used online, you shall provide us with the detailed URL of the respective website and make this website accessible to us. close

This customer-supplier relationship is older than the barrel desk itself. In 1921, founder Alfons Mauser purchased a former carbide factory in Waldeck, located in the German state of Hesse, and in 1929 he began producing steel furniture there.

The raw materials were supplied by Dortmund-based Hoesch, which became part of the Krupp Group in 1991 and then merged into ThyssenKrupp in 1999. The bond between Mauser and ThyssenKrupp Steel Europe is as solid and reliable as the steel that builds the foundation of their businesses.

“This steel enables us to produce pieces with tight radiuses and fine shapes,” explains Dieter Wiesemann. Thanks to precise processing, this steel has allowed for incredible work to be done in the new element.x series.

When pushed together and viewed from the front, the box-shaped modules form the ‘x’ that gives the series its name. The modules can be rearranged to form a variety of structures for public spaces, and very soon for private homes as well. This system shows what steel – and a long, productive business relationship – can create. 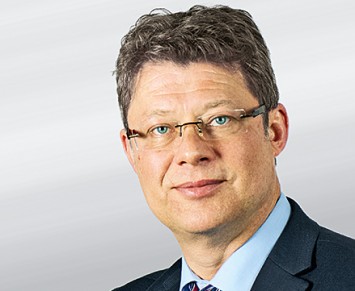