The auto world moves with hot strip from thyssenkrupp Hohenlimburg

Anyone trying to get in gear today can easily avoid the hassle of shifting gears. Each year, approximately 28 million automobiles with automatic transmissions are manufactured, or 32 percent of the cars produced in the world. The global success of automatic transmissions is also due to the fact that the complicated parts are much less prone to faults than before.

Precision steel strip from thyssenkrupp may be partly to thank for this. “We supply hot strip for many major manufacturers,” says Barbara Timm, who works in technical customer support. “For some we are the sole supplier.” Hot strip from thyssenkrupp subsidiary thyssenkrupp Hohenlimburg is used in many important parts in automatic gearboxes, including shift forks and interior and exterior plate carriers.

The reason for this is that increasing demands are being placed on the material. The components in automatic gearboxes are supposed to become smaller, lighter, and more intricately shaped, yet increasingly stable. “It takes more than 30 steps to produce just a single part,” says Timm. Normal margins of error are therefore out of the question. Manufacturers expect the steel at the beginning, middle, and end of a kilometer-long coil of hot strip to have the exact same properties. “We have set extremely narrow boundaries for ourselves as far as thickness tolerance and temperature control are concerned.”

As a specialist in precision steel strip, thyssenkrupp Hohenlimburg is ahead of the competition in the area of error tolerance. That is the only way to ensure that hot strip yields the exact same results in every forming process. Barbara Timm also has a personal stake in the high-quality products that result. “When I get into my car at the end of a day, there’s a gearbox with our hot strip inside.” (fh) 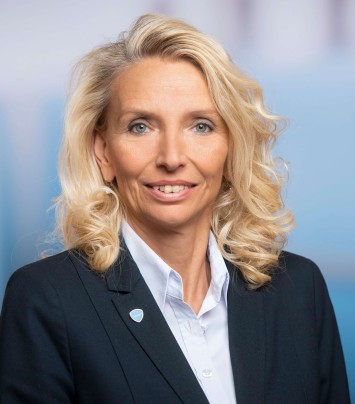