smartform® now allows for the reliable processing of ultra-high-strength steels in a dimensionally stable way with almost no springback, even in cold forming.

9,000 longitudinal members pass through the transfer press each day at the VW plant in Zwickau.Photos: thyssenkrupp Steel Europe

A visit to the Volkswagen Sachsen pressing plant in Zwickau: Components for Volkswagen’s modular transverse matrix (MQB, modularer Querbaukasten) are produced here and are then delivered to every European production facility for the group brands Seat, Škoda, and Audi. Only the parts required to manufacture the Golf and Golf Variant remain in Zwickau.

“At the moment, we are producing the side members for the Golf platform,” says Ferry Grumptmann, who is responsible for individual parts planning and overall planning. If you add up the number of left- and right-side members, around 320,000 components leave the plant each month.

This enormous production volume was one of the reasons why the Volkswagen group’s technology planning and development production processes were moved from Wolfsburg to Saxony two years ago. “The aim was to test the development of sizing deep drawing without trimming,” says René Groß, Head of Maintenance at the Zwickau pressing plant. “This method was specifically developed for forming high-strength steels using cold forming.” It was then refined by thyssenkrupp Steel into the patented smartform® process, which is suitable for manufacturing components that require a high degree of dimensional accuracy from steels with strengths exceeding 600 megapascals (MPa).

The smartform® process opens up new potential for lightweight construction. Cold-rolled, dual-phase steels from thyssenkrupp Steel expand the range of applications in cold forming: They have a high resistance to deformation and the same energy absorption capacity, and feature improved cold forming properties. They also increase the challenges placed upon the component production process chain.

“As a part of InCar®plus, we have already introduced a procedure for cold forming that, most importantly, compensates for unavoidable springback problems. It was initially applied to the production of side members,” says Hans-Joachim Sieg, a technical customer support advisor at thyssenkrupp Steel responsible for working with the Volkswagen group on issues surrounding materials.

“With conventional deep drawing, the obtained material is rather thick,” says Sieg. “The thinner the material gets, the tenser it becomes. As a result, it springs back as soon as the component is removed from the tool.”

Compressing instead of pulling

The smartform® process consists of two steps: the production of a preform similar to the finished component, and then the adjustment of the dimensional accuracy during the sizing process. The process is carried out as follows:

Trimming the blanks. These are cut precisely to make sure the blank is optimally shaped while minimizing cutoff.

The blank is then fed into the cold forming press to preshape the base.

The preform is created by forming the blank into a ‘U’ shape. This is the actual start of the two-stage smartform® process.

Sizing is the final step. Compressive stress superposition reduces springback, and the component already takes on its final shape.

The final three steps in the process complete the component, including final trimming, perforation, and preparing the welding flanges for later integration into the chassis.

The special thing about this kind of forming is that the material is compressed during the sizing procedure rather than being pulled to thin it. Moreover, in the smartform® process, the blank is cut to almost the same size as its final geometry before it is formed, reducing the number of trimming operations in the process chain and the amount of material used. “We have a lower working weight, less waste, and lower disposal costs,” says Groß. This will also reduce energy consumption and investment costs of mass production over the long term.

"smartform® means a high level of dimensional accuracy and a reduction in the amount of material used."

smartform® is suitable for various vehicle structure components, meaning it’s also suitable for U-shaped profiles such as the side members. “We’re not just the ideal partner because of the component’s shape and application, but also because we need a lot here and we have experience with high-strength materials,” says Groß. There is also the prospect that thyssenkrupp Steel can supply even stronger grades of steel in the future.

The road to mass production

A test tool was initially designed and then a prototype was created together with thyssenkrupp Systems Engineering on the basis of the geometries of the side members to be produced.

“It was impressive to see how good the component was that came out of the press even in the first formation test,” says Grumptmann. “We succeeded in introducing more final trim to the blanks in two critical places as part of this cooperation, enabling us to then develop a method for mass production.”

At this point, it also became clear that in order to make use of all of the smartform® process advantages, it should be factored in at the design stage of the component. “The aim should be that any component geometries that allow the use of smartform® are actually produced with smartform®,” says Groß.

In the next step, the forming process has to demonstrate the reliability and suitability of the process for mass production. There is already a wealth of experience on hand thanks to the fact that several thousand components have already been formed.

“It’s still too soon to say whether all of our expectations will be fulfilled in the long term as well,” says Grumptmann, who is also responsible for cost control and meeting delivery deadlines.

Of course, Grumptmann is also setting his sights on a high level of dimensional accuracy, larger quantities, lower maintenance costs, and a reduction in the amount of material used. “However, if the process works as well as it suggests it will, I have no concerns.” 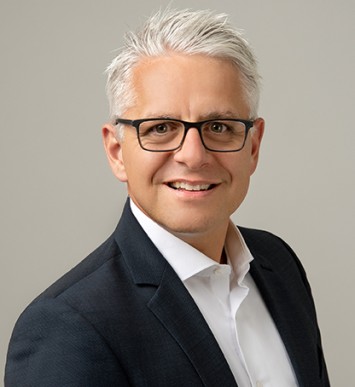