The first emission-free, low-noise StreetScooters are delivering letters and packages throughout Germany. thyssenkrupp was a partner from day one.

Achim Kampker’s first job is as a professor at RWTH Aachen University, where he recently established and developed the Chair of Electric Car Production. But right now he is giving academia a rest to work as Managing Director of StreetScooter GmbH. The startup for electrical vehicles was originally conceived as a university research project. “E-mobility makes it possible to invent things that were unthinkable ten years ago,” says Kampker. “We wanted to prove that e-mobility can be affordable in small quantities and that it doesn’t require long development times.”

The attempt to link economy and ecology has succeeded. The StreetScooter, a commercial electrical vehicle, is ready for mass production. It runs quietly, saves 0.3 metric tons of environmentally harmful carbon dioxide per year, and is fast and maneuverable. It is also a one-of-a-kind mail carrier, now that the startup has become a subsidiary of the world’s largest logistics corporation, the Deutsche Post DHL Group. The yellow trucks with green engines drive throughout Germany, delivering packages and letters. But the company couldn’t have done it alone.

Lots of thyssenkrupp inside

Ever since the early stages of the project in 2010, thyssenkrupp has collaborated as a strategic development partner. The technology group supports the construction of the StreetScooter and delivers materials and components for the new e-car. “We have focused on affordable lightweight construction and designed a steel body structure that is paneled with a plastic outer skin,” says Andreas Breidenbach from the Technology and Innovation area at thyssenkrupp Steel. Instead of using expensive tools and costly facilities, the project team manufactured components using affordable production methods such as roll forming and simple bending processes. “It was a major challenge,” says Breidenbach, “because the chassis had to protect not only the driver and passengers, but also the battery of the electrical vehicle.” As a result, the majority of the chassis’ A and B pillars are composed of high-strength and ultrahigh-strength hot-formed steels. To prevent the battery from getting damaged in an accident, it is built into the floor between the longitudinal chassis beams. “The new solutions we’ve developed have demonstrated that our steel has a place in electromobility.”

We arrived at a brilliant design through close collaboration.

The same goes for the shock absorbers from thyssenkrupp Bilstein: The total allowable weight of a fully loaded StreetScooter is 2,130 kilograms. At the end of a long day of deliveries, the weight may be reduced by more than half a ton. To ensure balanced damping characteristics despite weight differences, tuning must be done very carefully. As a result, interface design and cooperation between different branches became central to the success of the project. “We arrived at a brilliant design through close collaboration,” says Kampker.

The first prototype was so attractive that Deutsche Post took note. “At the time, they were looking for an affordable and functional electrical delivery truck.” The StreetScooter model was a perfect fit for Post’s ‘Go Green’ concept, and so the package carrier acquired the startup company in 2014, thereby becoming an automotive manufacturer. The prototype had to meet many criteria: It had to be functional, economical, and environmentally friendly. Weighing in at 1.5 tons, the truck with green engine technology had to start up and shut down up to 200 times a day, and it had to offer up to 650 kilograms of loading capacity for letters and packages. By 2016 there were already 2,000 emission-free StreetScooters on the streets of Germany – with lightweight elements from thyssenkrupp Steel and shock absorbers from thyssenkrupp Bilstein.

And the plans are ambitious: “Post’s conventional delivery fleet, which numbers almost 45,000 vehicles, is to be replaced as quickly as possible,” says Kampker, who serves as Managing Director of Electromobility at Deutsche Post. There is already a version with eight cubic meters of loading capacity, and another will follow. Interested parties from Germany and abroad contact them daily. “Demand is incredibly high,” says Kampker. In his view, cars with internal combustion engines will be phased out sooner than the experts expect. 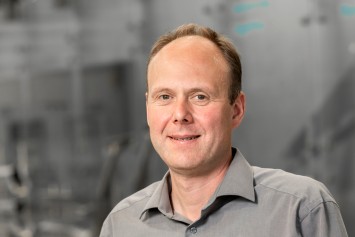