How could the infrastructure of tomorrow’s metropolises look like? Pictures: © thyssenkrupp Steel

InnoCity: Solutions for the Metropolises of Tomorrow

Students are designing the urban infrastructure of the future

Rapid urban growth presents challenges for us all, but none more so than for town planners and authorities. The development of urban infrastructure is a task focusing on the future of cities around the world. As part of a competition, experienced and successful engineers from thyssenkrupp Steel worked together with students from the Dortmund University of Applied Sciences to answer the key question: what will the urbanized living space of the future look like?

thyssenkrupp Steel developed the InnoCity project to answer this question. This concept involves elegant, space-saving, elevated routes made of steel, as well as pedestrian transport systems to support urban mobility. At the end of 2018, Project Manager Marc Sander from the Technology & Innovation division decided to get some extra input on the concept.

This input was exactly what the students were expected to provide when thyssenkrupp Steel announced the “Innovative Urban Solution Award” student competition at the Dortmund University of Applied Sciences. Together with experts from the steel company, five architecture students in an Architecture and Metal Construction master’s program took on the task and designed ideas for weatherproof, enclosed elevated transport routes and access buildings. The previous InnoCity concept served as the foundation. The difficulty here is expertly working with steel in a way that is suitable for production and integration with other construction materials.

“The goal is to combine the creativity of the budding architects with the existing, modular lightweight design in steel and turn this into even more attractive concepts.”

Dr. Lothar Patberg, Head of Innovation in the Technology and Innovation division

The designs had to be bold yet feasible at the same time. The master students worked intensively for three months, and the results of their submission impressed the five-person jury. Even 3D printing was used to demonstrate the innovative solutions – a closed version of InnoCity that can be augmented with solar panels. Food and beverage options were meticulously planned in green access buildings for the elevated routes.

The jury was particularly impressed by the plan to enclose the elevated routes in glass panes attached to one another with tensioning screws. The detailed and realistic composition made it stand out as the best solution and was awarded first place, along with a prize of €1,000. Second and third place were combined since both ideas were equally impressive, with both students receiving €625 each. The prizes were presented at thyssenkrupp Steel in Duisburg, Germany.

However, the students’ ideas cannot be fully implemented in real life since they are dependent on several factors such a location or topography.

“It’s not about finding concepts that we can implement in real life exactly as they are on paper. We often hope to gain new perspectives from people who previously had nothing to do with the project. That was particularly exciting for us.”

For the students, the competition provided them with the opportunity to prove their abilities within the context of a specific, realistic task. At the same time, they were able to see how their work enters the free economy. In return, thyssenkrupp Steel experts were given a fresh perspective on their existing concept, as well as a new way of thinking in terms of moving the InnoCity project forward. Right now, the team is working intensively on this development and is expected to announce the next steps soon. 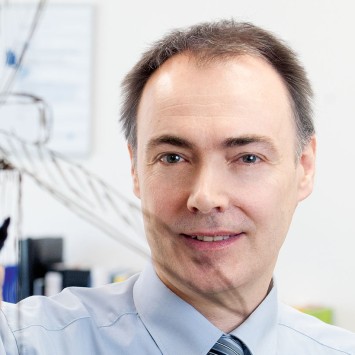