"In ten years, every other tonne of steel produced globally should be green."

Steel does not turn green overnight. Until the switch to hydrogen-based direct reduction, real CO2 savings from the classic blast furnace process are accounted for in green steel products. How does science evaluate this path? And what framework conditions are necessary for green steel to establish itself on the market? Prof. Dr. Stefan Lechtenboehmer of the Wuppertal Institute for Climate, Environment and Energy on the transformation of the German steel industry.

The interview was conducted by Katja Marx; Photo: Wuppertal Institut

Mr. Lechtenboehmer, one of your main areas of work is the transformation of the basic materials industry toward climate neutrality. How do you assess thyssenkrupp Steel's transformation path?

Direct reduction with green hydrogen is currently the only way to produce primary steel in a climate-neutral way. We are therefore very pleased that thyssenkrupp Steel, like other steel producers, is actively working to switch production to this technology.

In your scenarios, where does the green hydrogen come from that will ensure that the move away from coal-based reduction metallurgy can succeed?

As far as the origin of the green hydrogen is concerned, there are still very high bandwidths in the scenarios. In other words, the options are many, and so are the uncertainties. As locations for the generation of electricity from renewable energy sources, the North and Baltic Seas as well as the Scandinavian mainland hold very great potential, which should also be used for hydrogen production. Numerous ambitious projects are already in the starting blocks here. The situation is similar in Spain and increasingly in other southern European countries. Countries such as Chile and Saudi Arabia, with their favorable location conditions for solar energy, are also planning to actively enter hydrogen production. For them, however, transporting the hydrogen by ship, either liquefied or as ammonia, is an additional cost factor.

In the long term, coal-based plants will continue to operate worldwide, where steel can be produced much more cheaply. Will greener and thus more expensive steel from Germany and Europe find enough customers?

The markets for green steel currently appear to be growing rapidly. More and more major automakers have announced plans to use increasing quantities of green steel. Nevertheless, the foreseeably high additional costs, especially for steel produced with green hydrogen, are a problem. Support for industry via the climate protection treaties currently under discussion is therefore just as important as appropriate protection against carbon leakage. Also, because steel is traded globally, it is of central importance that as many countries as possible pursue similar strategies in parallel. Within the framework of the UN, Germany has already joined forces with several countries as well as major companies to organize demand for green steel and establish markets. And the U.S. has just announced a very similar plan. A transnational steel climate club could emerge from these initiatives, enabling a joint, ambitious and fair transformation of steel production in key producing countries.

How and at what speed will the market for green steel develop in the coming years?

If we do not want to run the risk of cementing massive CO2 emissions for decades via replacement investments in the blast furnace route, around half the German primary steel production must be green by 2030, i.e. it must come from direct reduction plants. This is true even though not all plants may yet be able to run entirely on green hydrogen. Worldwide, the figures look similar. Conversely, this means that in ten years' time, at least every other tonne of steel produced globally should be green.

If we do not want to run the risk of cementing massive CO2 emissions for decades via replacement investments in the blast furnace route, around half the German primary steel production must be green by 2030."

What political framework conditions are necessary to ensure that the transformation is not only technically successful but also achieves the desired success – climate-neutral European steel production?

The fact is that the steel transformation will only succeed if companies, the state and citizens work closely together. For starters, we need strong government support to enable companies to replace coal-based blast furnaces. In parallel, renewable energies as well as electricity and hydrogen infrastructures must be expanded quickly and massively. This requires not only appropriate funding, but also changes in energy regulation and accelerated planning. And not to forget, acceptance by citizens. It is precisely the broad understanding of the necessity and challenges of transformation that does not come about by itself. Here, companies and politicians, together with trade unions, environmental associations and other stakeholders, still have a lot of convincing to do.

There are now various "green" steels on the market, but no uniform product definition. In your view, what criteria must a climate-neutral steel meet in order to live up to its name?

Climate-neutral steel emits as few greenhouse gases as possible. This means that the energy should be generated entirely from renewable sources and the small remaining emissions, for example from the electric arc furnace or carburizing, should also be avoided if possible, for example by using biomass. However, we will not always achieve this standard immediately. Natural gas-based primary steel reduces greenhouse gas emissions by around two thirds. Since speed is of the essence in climate protection, such significant improvements should be part of the strategy. However, this must be a clearly time-limited intermediate step towards complete climate neutrality.

Against this background, how do you assess the accounting model used by thyssenkrupp Steel?

I believe the model is very credible and appropriate. It is based on replacing part of the metal in the blast furnace with purchased briquetted iron reduced with natural gas. This has been proven to reduce CO2 emissions both in the blast furnace and throughout the entire upstream chain. This emissions reduction is then allocated to the exact quantity of steel corresponding to the metal used from the briquetted iron. The company is proceeding with this in an absolutely transparent and comprehensible manner. Particularly because it is being clearly communicated that it will not remain with these first steps. The plan to gradually switch all production to what is then climate-neutral steel proves that this is not a sham solution but a serious first step towards climate neutrality. 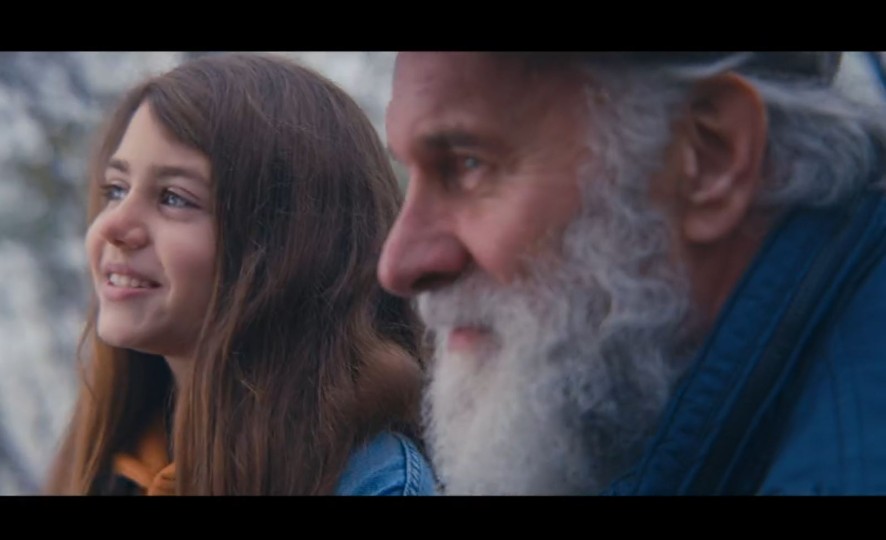 For the climate and the next generation 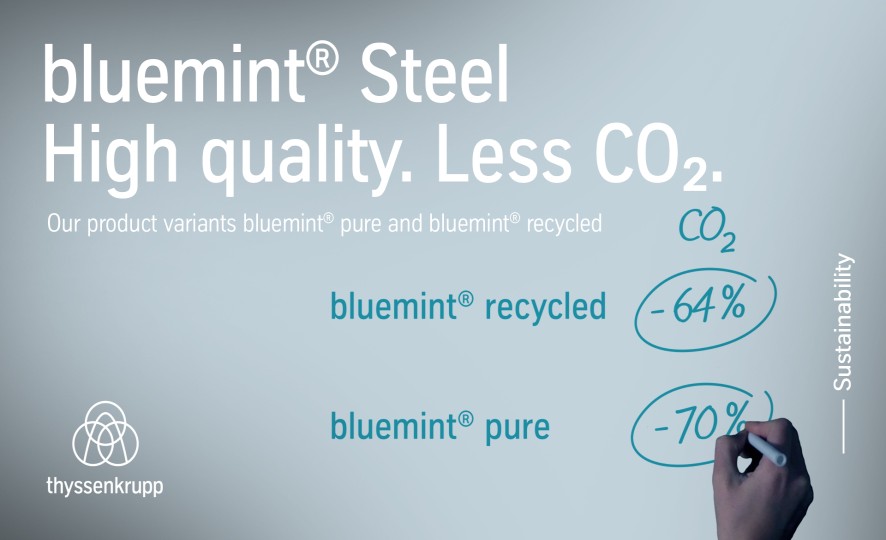 Steel production of the future 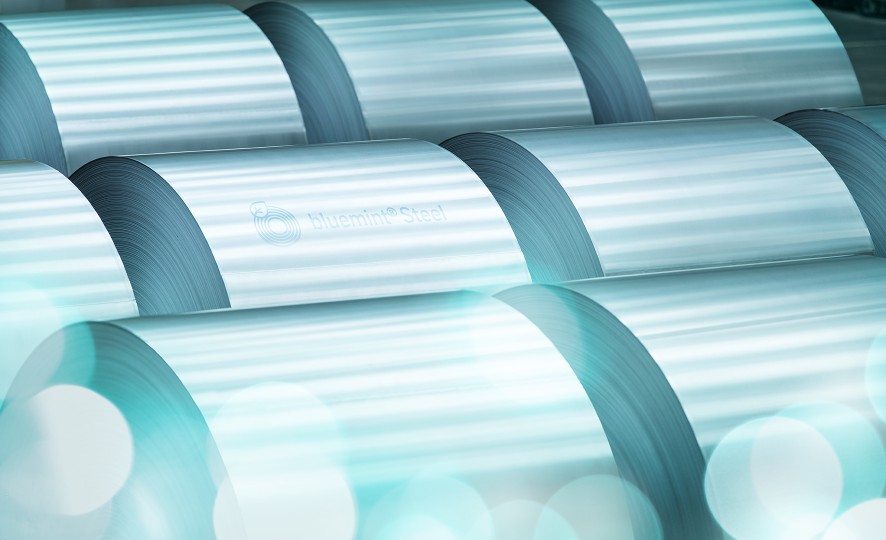 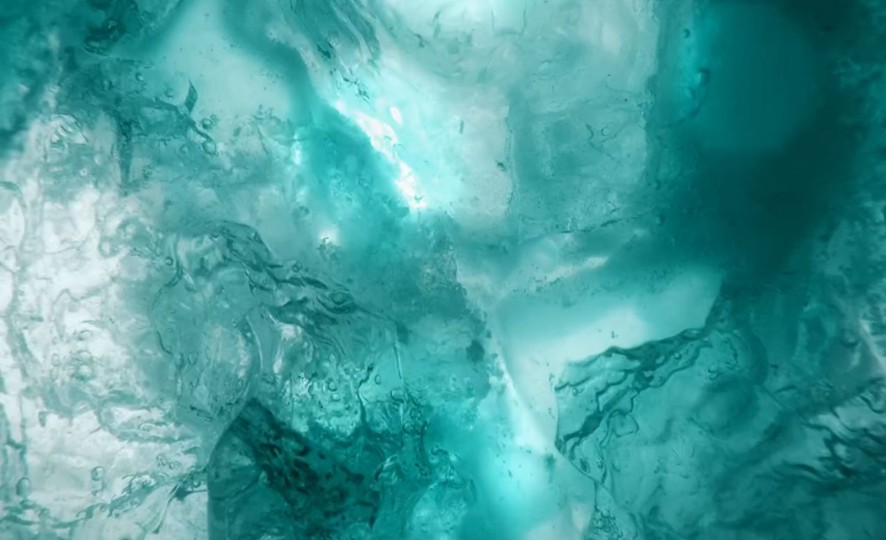