Green hydrogen for the decarbonization of the steel industry: thyssenkrupp Steel and STEAG agree on hydrogen supply

Duisburg/Essen. HydrOxy Walsum, STEAG’s hydrogen project in Duisburg in North Rhine-Westphalia is taking shape: On the basis of a favorable feasibility study on a water electrolysis plant with a capacity of up to 520 megawatts jointly made by the project partners STEAG and thyssenkrupp Steel, a Memorandum of Understanding on the supply of thyssenkrupp Steel’s site in Duisburg with hydrogen and oxygen from the neighboring STEAG site in Walsum has been concluded.

thyssenkrupp Steel intends to use the hydrogen to achieve significant CO2 reductions in hot metal production in the future. “We aim to make thyssenkrupp Steel climate-neutral by 2045. In an intermediate step, we intend to significantly reduce our emissions by 30 percent by as early as 2030”, says Dr. Marie Jaroni, Head of Decarbonization at thyssenkrupp Steel. STEAG's planned water electrolysis plant in Walsum will make an important contribution to achieving these ambitious targets. The oxygen, which is automatically produced as a by-product in synthetic hydrogen production, will also be used as a process gas in steel production.

The project of a water electrolysis is based on a feasibility study on the supply of green hydrogen previously conducted by thyssenkrupp Steel together with nucera and STEAG. The feasibility study examined various scenarios for hydrogen supply, taking into account different political and financial framework conditions. The investment decision for the scenario considered as the most robust, a water electrolysis plant with an installed capacity of up to 520 MW at the Walsum site, is to be made by 2023 at the latest. STEAG guarantees that the hydrogen produced in Walsum is „green“, i. e. climate-neutral. “The water electrolysis plant will be operated entirely with electricity from renewable sources so that the hydrogen production will not cause any CO2 emissions and the steel produced with our hydrogen is also climate-neutral, i.e. 'green', throughout the entire value chain," says Dr. Ralf Schiele, member of the STEAG Management Board responsible for Market and Technology.

Basis of the transformation strategy

The use of climate-neutrally produced hydrogen marks an important milestone on the company’s route to climate-neutral steel production. To achieve this goal, thyssenkrupp Steel will replace the coal-based blast furnace route with direct reduction plants where iron ores are reduced using hydrogen instead of coal. In a downstream melting unit operated with green electricity, climate-friendly electric furnac iron comparable to conventional hot metal is then produced which can be further processed into high-quality flat steels in the subsequent steelmaking process in the same way.

The supply of hydrogen to thyssenkrupp Steel is planned to start in 2025. “We will then commission the first of four planned direct reduction plants on thyssenkrupp Steel’s site in Duisburg. This means that in the future hot metal will no longer be produced in a blast furnace using coke but with virtually zero emissions using hydrogen," says Jaroni, describing the use of the green hydrogen produced by STEAG in Duisburg Walsum.

Capture
For thyssenkrupp Steel, the availability of green hydrogen is an essential requirement for future climate-neutral steel production. 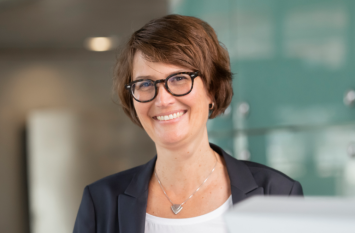